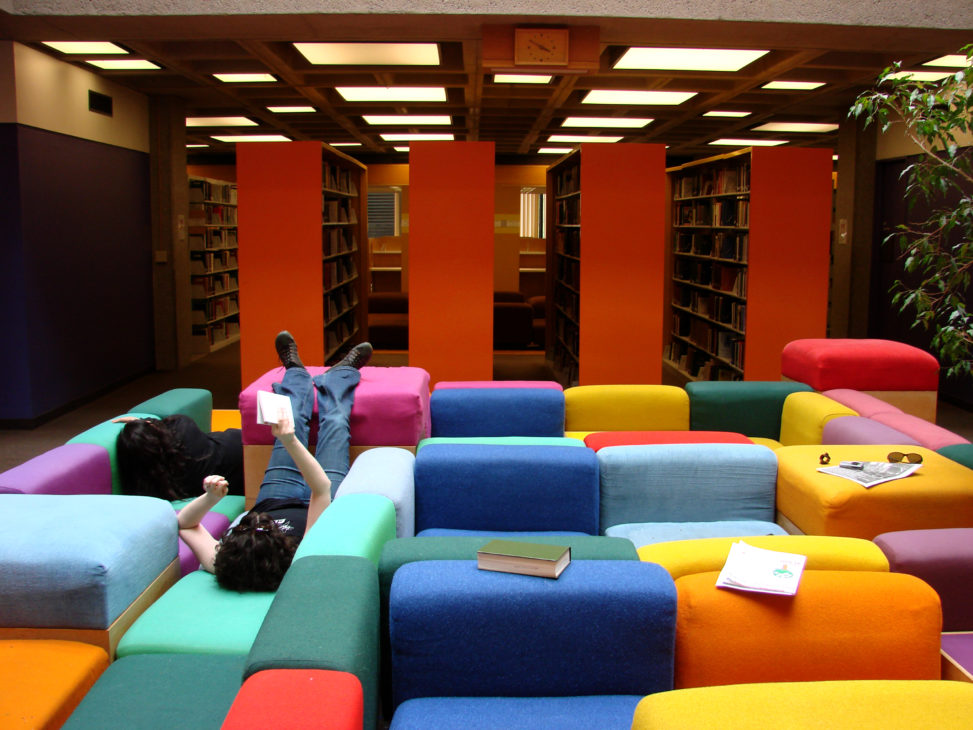 “Growing the Academic Library: Past, Present & Future” is an exploration of how academic libraries have changed as seen through the lenses of resources, physical space, and instruction. Through examination of these areas, we’re able to see the fluid progression between where academic libraries have been and where they’re going, the latter including emerging ideas such as patron-driven acquisition and student activism archiving – as well as plenty of “soft furnishings.” The evolution of the academic library doesn’t just tell us where the library has been and where it might be headed. This investigation also  reveals the ongoing symbiotic relationship between the library and the wider university, and the importance of understanding and nurturing said relationship for the healthy development of the whole.

Mary Mann is an LIS student at Pratt, focusing on research & instructional services in archives and academic institutions. She works as a reference associate at the Brooklyn Historical Society, and her essays and articles have appeared in Smithsonian and The New York Times.