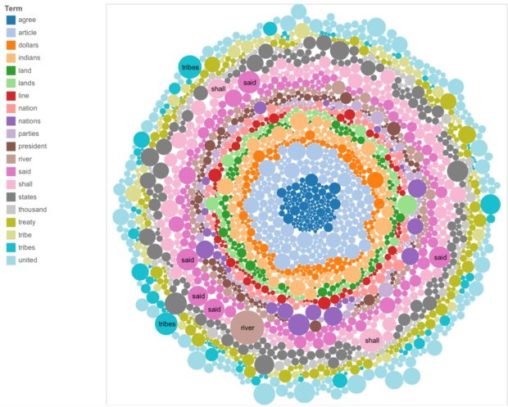 Treaties are living documents that link Native American Nations with the Federal Government of the United States, and their multifaceted conditions continue to raise numerous questions in our post colonial age. A combination of multiple word frequencies attempt to provide further insight in treaties with 142 Native American Nations. 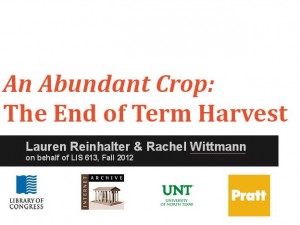 The End of Term Harvest

Students collected social media website of the federal government for archiving prior to the 2012 presidential election. Lauren and Rachel will describe the project and the class contribution to the End of Term harvest, in collaboration with the Library of Congress, the Internet Archive and University of North Texas. 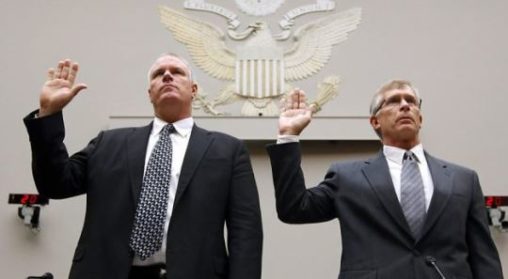 Solyndra: Rhetoric and Reality in a Partisan Age

In 2009, with great fanfare, the U.S. Government granted solar panel manufacturer Solyndra more than half a billion dollars in loans. By September 2011, the company was bankrupt and its executives were invoking their Fifth Amendment rights. What went wrong? 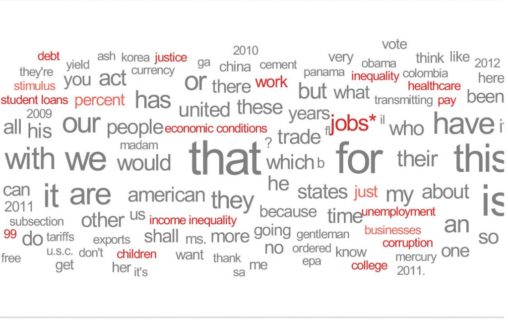 Occupy Wall Street: A Brief History of the 99%

This poster summarizes the history and impact of the Occupy Movement, using government sources and data to put together the story. 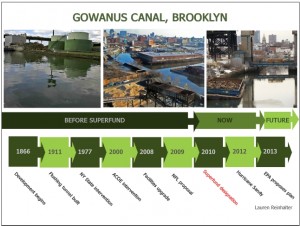 The Gowanus Canal: A Superfund Site

Almost immediately upon its completion in the 1860’s, the Gowanus Canal in South Brooklyn became known for its contamination. In 1887 the New York Times reported that the Canal “was pronounced to be offensive and dangerous to the health of the people presiding in the vicinity”. This “water highway” was purported to carry the power of the sea right into the city, bringing with it industrial capabilities; but in fact, the dead-ended canal was a semi-stagnant body of water without tidal flow to flush its contents out into Gowanus Bay.

On March 4, 2010, after over 100 years of degeneration and political paralysis, the Gowanus Canal was finally designated as a Superfund Site by the Federal Government. This designation allowed the Environmental Protection Agency (EPA) to investigate contamination at the site and develop a remedy. As recently as March 2013, the EPA finalized a $500 million plan to dredge and cap the Gowanus Canal; however, the cleanup has yet to begin.