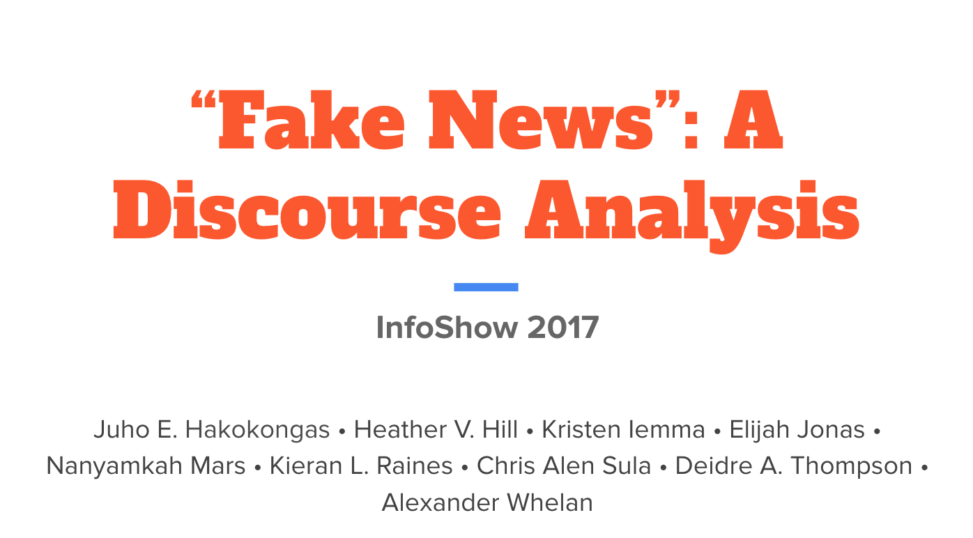 This project is an analysis of the term “fake news” as a rhetorical device in the four-month period following the 2016 Presidential Election. We examine the term across a variety of sources, from traditional news outlets to more recent news websites and social media.

This project analyzes the circulation of the term “fake news” as a rhetorical device, used to make political assertions about the truth of various stories and sources. These sources range from longstanding and popular news outlets to more recent news websites and social media. Across these sources, we examine the use and users of the term “fake news”, its frequency of use, and the sources and topics that are described as “fake news”. We analyze this discourse in terms of five periods during the four months following the 2016 Presidential Election, over which the use of “fake news” changes, and we reflect on the role of media literacy regarding this phenomenon.