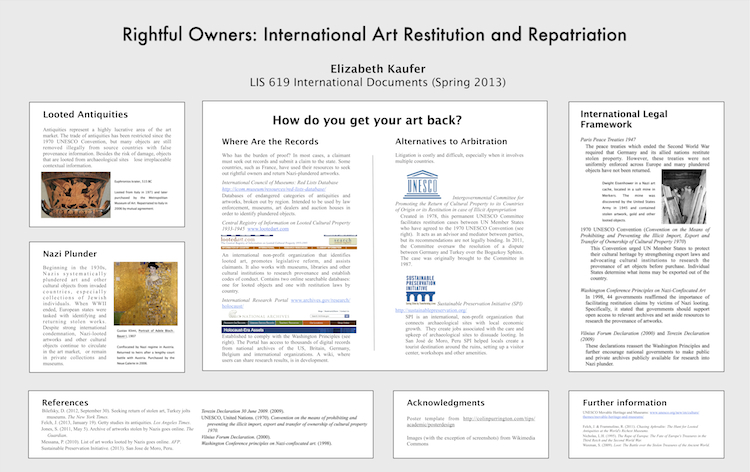 In the past few decades, the issue of looted art has become a controversial problem in the art world. Antiquities illegally exported from Italy, Turkey or other source countries have been added to the collections of prominent art institutions. Similarly, many Nazi-plundered artworks have not been returned to victims’ families but continue to move around the art market. Source countries and individual claimants want their artworks restituted, and look to the international community to support their claims. International agreements charge nation-states with certain legal and moral obligations regarding art restitution, but how do countries successfully (or not) fulfill these obligations? New technology and digitization of national archives will help both states and claimants research looted objects. However, mechanisms for returning looted objects are still problematic, and alternative methods ought to be considered.