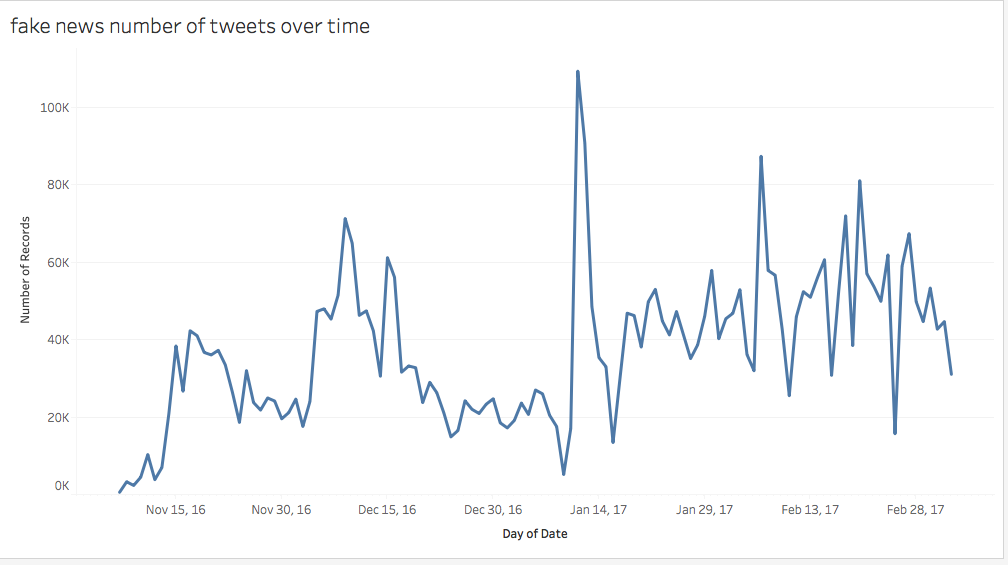 The context in which the use of the term “fake news” first appears across this range of media platforms is important to note. On November 15th, the New York Times ran an article titled “Google and Facebook Take Aim at Fake News Sites”. The impact on Twitter is immediate, with the hashtag “#facebook” quickly becoming the most used hashtag on that day in tweets that also contained the term “fake news” or the concurrent hashtag “#fakenews”. The New York Times Twitter account (@nytimes) is also the second-most mentioned username in the “#fakenews” dataset during this period, and the third-most mentioned among “fake news” data. The terms “internet social networking” are also the most commonly used among articles that also contain the phrase “fake news” in traditional print and digital media, as collected through LexisNexis. The terms “Facebook” and “Google” are also far more readily used in the TV Archive data during this period than in any other time period analyzed in this study.

It is important to note that, at this early moment in the current life of the term “fake news”, its use is deeply associated with intentionally fabricated stories, circulated largely through social media in one of two ways: either by unsuspecting consumers, or by ill-intentioned individuals or groups looking to alter the outcome of the election through whatever means necessary. It is also important to point out that Donald Trump has not yet used the term “fake news” during this time period, an event that happens on December 10th and arguably changes the entire meaning of the phrase.