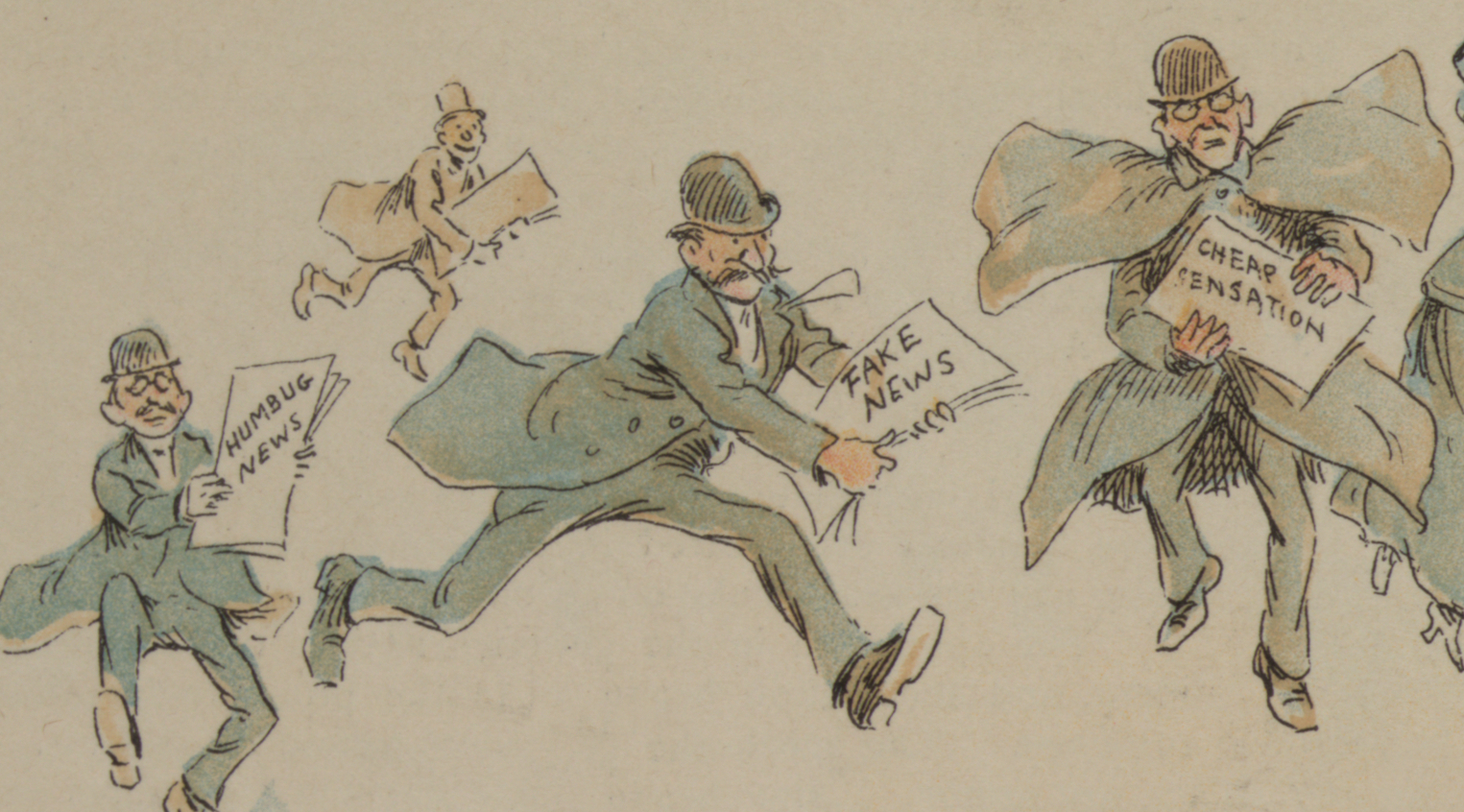 The number of TV shows, news articles, and tweets talking about “fake news” each day is given below (for details on sources, see TV Archive, LexisNexis, and Twitter).

Our analysis is broken down into five major time periods. These periods were selected after comparing the trends in “fake news” across our three data sources, as well as Google Trends. They align roughly with historical events that occurred between the 2016 Presidential Election and the transition of “fake news” to more apolitical subjects, and have been titled according to prominent quotes during each time period:

1. “A threat to democracy” (early November to early December)

3. “You are fake news” (late December to mid-January)

For each time period, we summarize major topical trends and notable shifts in the use of the term “fake news” that occur during that time period. We also highlight individual points of interest in each of the data sources, as appropriate.