Across the whole nation and the globe, we face common issues of global warming. Global warming and sea-level rise are becoming severe and worse, New York City, as one of the major coastal cities, is facing the increasing challenge of the flood surge. Sea Level Rise Maps that predict flood surge zones by visualizing the flood surge areas, thus helping the city to take precautions. This lab report analysis the relationship between schools and 2050s 100-year Floodplain and pinpoints the schools that are most exposed to future floods as a result of the rising sea-level.

The software I used is Carto, which cloud computing platform that provides GIS, web mapping, and spatial data science tools on a web browser.
The datasets I used for the map visualization came from NYC Open Data. I used two different datasets: Sea Level 2050, 2017 – 2018 School Locations 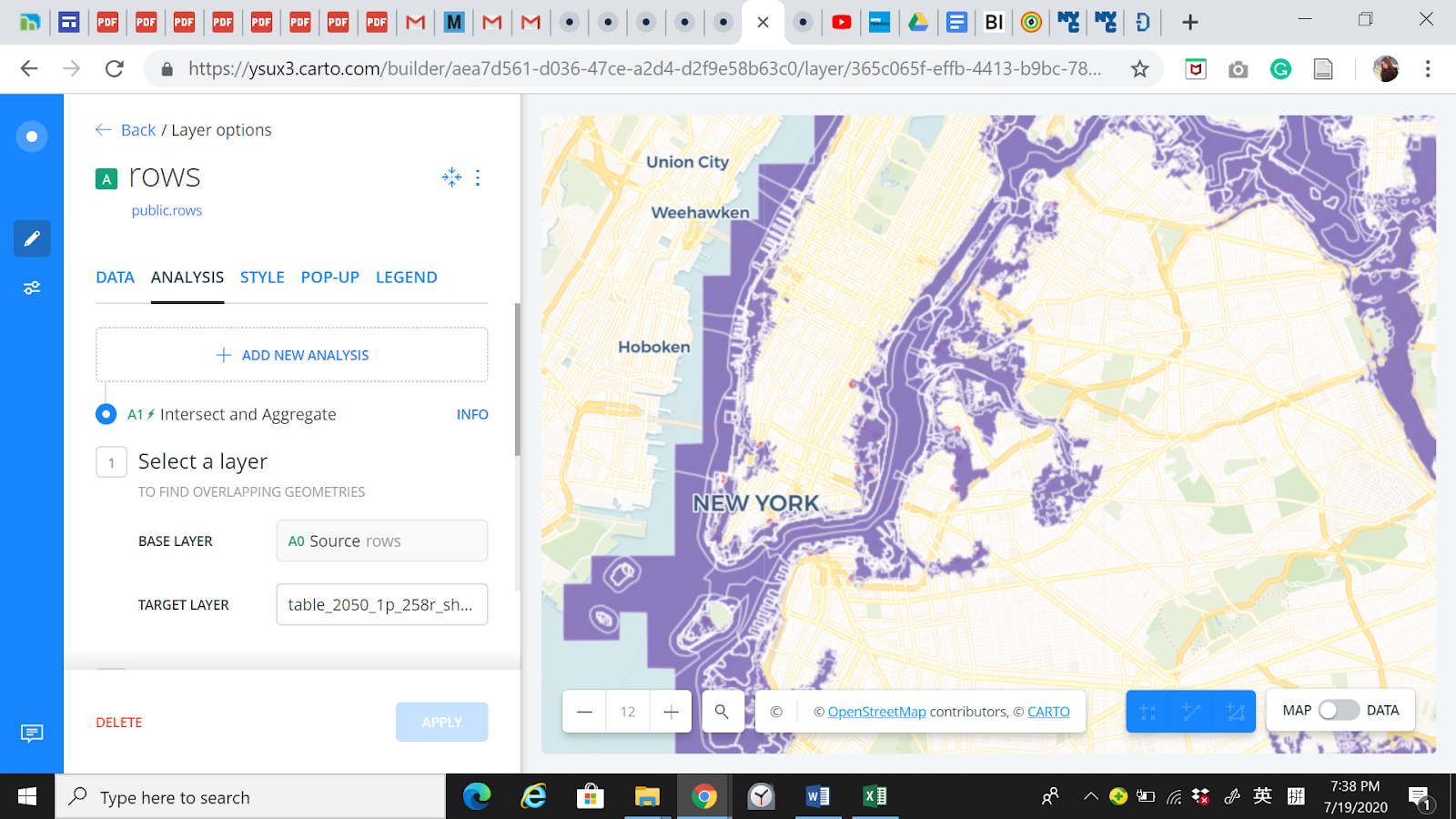 Then, I input the data into Carto. Then I run Intersect and Aggregate analysis (Find overlapping geometries from a second layer and aggregate its values in the current layer), applying schools as based layer and flood zone as the target layer. After filtering the schools in the flood zone, I changed the Polygon Color of 2050 flood zone by value. the Stroke Size to 2 and the Blending to overlay. In order to better show the school’s location and flood zone, I changed the color of the based map into the Positron map that is more grey. I also add a legend for NYC schools and pop up boxes to show the school’s information.

I enjoyed creating the map and run different analyses. Visualizing information on maps help people to better understand the issue of sea-level rise and prepare for it. Those schools in the flood zone are more vulnerable. The same method can be used to analyze buildings, subway entrance, and so on.